In 2021 we witnessed the arrival of Stony Coral Tissue Loss Disease (“SCTLD”) in Dominica. It was first identified in the North West of Dominica, but has now (2022) progressed to the southwest to affect corals in the Soufriere Scott’s Head Marine Reserve (SSMR).

SCTLD was first detected in 2014 when a few corals off Virginia Key, Florida, were affected. By August 2018, the disease had spread over 150 sq mi (388 km2) of sea, and almost half the species of coral growing in the Florida Reef Tract had been affected.[5] By January 2019 it had been reported from Jamaica, the Mexican Caribbean, Saint Maarten and Saint Thomas. 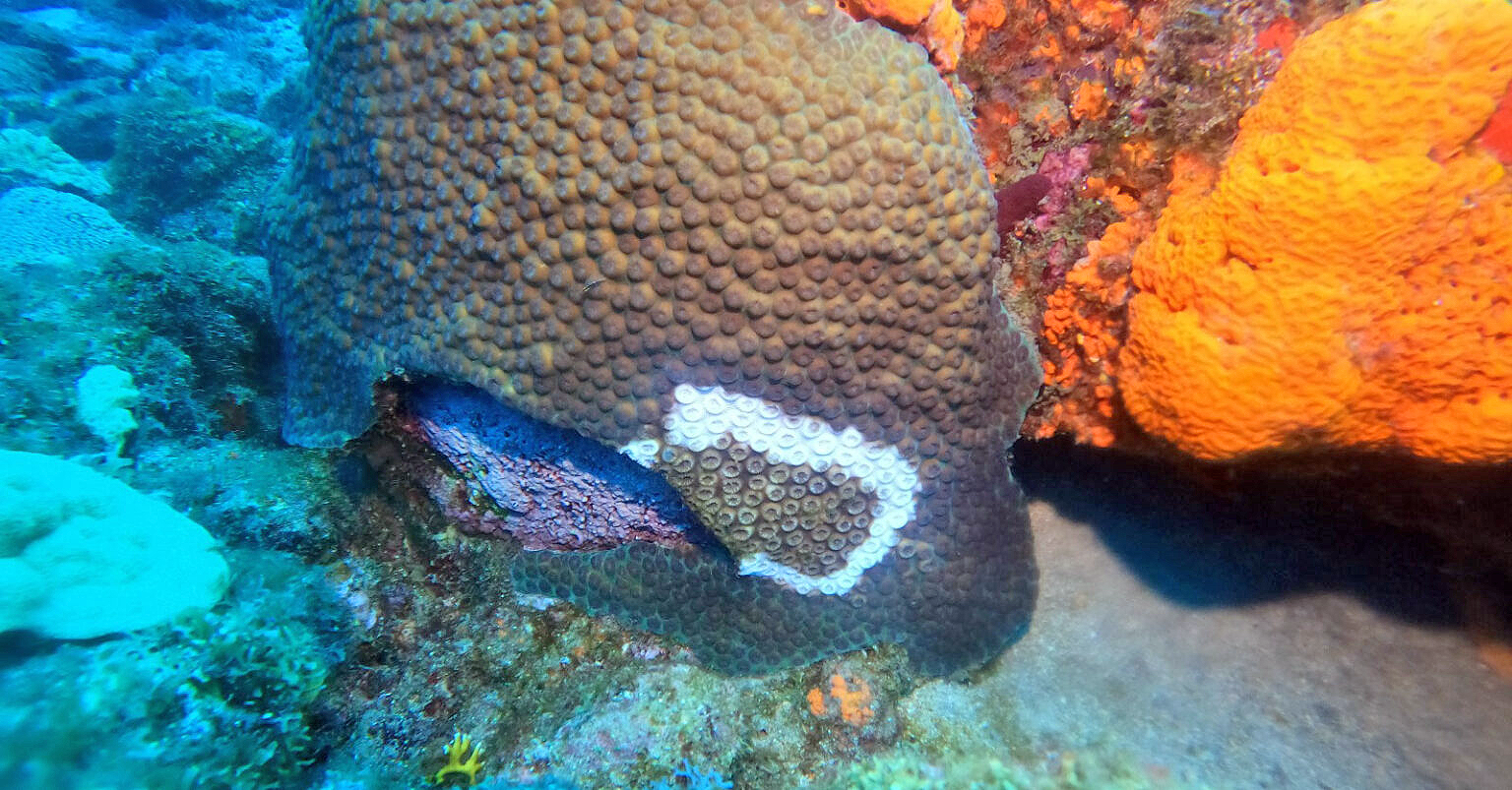 A 2021 study suggested that the spread of the disease is likely facilitated by ballast water from ships, due to several cases of the disease crossing currents in the opposite direction that they would flow.

The signs of this disease are somewhat variable and it can be difficult to distinguish SCTLD from other coral diseases. SCTLD manifests as rapidly expanding lesions on the coral. Sometimes the infection exhibits a series of blotches that radiate outwards and coalesce. Small corals may be killed within weeks while larger individuals may survive for months, but the mortality rate of infected corals is close to 100%.

Although the cause of the disease has not yet been established, evidence suggests that a bacterial pathogen is being transmitted either by contact or by means of water movement. Not all corals are susceptible to the disease, with staghorn coral (Acropora cervicornis) and elkhorn coral (Acropora palmata), both of which are critically endangered, appearing to be immune.[5]  Highly susceptible species like Meandrina Meandrites are often close to extinct in reefs that have been left untreated.

A 2021 study by the Florida Fish and Wildlife Conservation Commission and U.S. Geological Survey involving electron microscopy of infected corals suggests that SCTLD may not be caused by a bacterial agent as previously thought, but rather a virus that lethally affects the zooxanthellae of corals and leads to host cell death. In diseased corals, no pathologies were noted in the coral host cells aside from lysis, whereas zooxanthellae displayed chloroplast pathologies and potential single-stranded RNA viruses similar to those found in plant viruses.

This may explain why amoxicillin paste, the only known effective treatment method, suppresses the growth of new lesions but does not prevent new lesions from forming. Given that amoxicillin is intended for bacteria, its apparent suppression of SCTLD lesions may be an unintended side-effect that affects the virus rather than actual suppression of a bacterial agent. 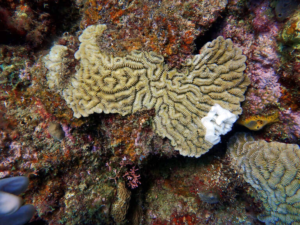 Treatment has been Applied to Lesion 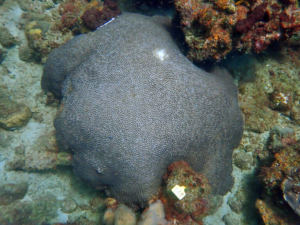 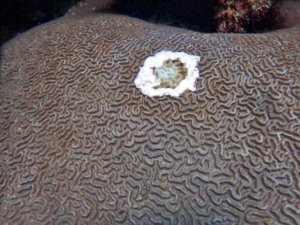 With Stony Coral Tissue Loss Disease (SCTLD) recently arriving in the Soufriere Scotts Head Marine Reserve (SSMR), there is an imminent need for a Coral Conservation Action Team to try to preserve as much of the vulnerable species as possible.

Currently the only intervention is daily applications of antibiotic treatment by a local dive shop, along with volunteers and one SSMR warden. The rapid progression of the disease has outlined that this limited approach is not sustainable or sufficient to prevent further loss of the reef.

Therefore, the primary goal of the Stony Coral Tissue Loss Disease (SCTLD) control project in Dominica is to immediately deploy a dedicated team able to relieve and support the on-going efforts of volunteers and the single warden. The role of this team will be to:

Preserving large, iconic corals like this Pillar Coral (below) is a main goal of the Coral Conservation Project.

The most immediate need is the hiring of two additional SSMR Wardens and training of all three wardens in diagnosis and treatment techniques. These wardens are all trained scuba divers, currently under consideration for warden positions for the SSMR. They would continue their warden responsibilities while prioritizing their rapid response efforts for SCTLD. 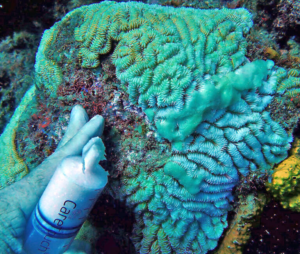 In addition to the three wardens, a full-time data entry person will complement the team in order to properly document and classify the data and photos collected during the project. One of the goals of this project is to make the results accessible to researchers and to the public via the REZDM website.

For the duration of the project, a dedicated RIB motorized boat will be provided which is necessary to rapidly access the various coral zones requiring treatment on a daily basis.

Project Duration – The duration of this project is one year.